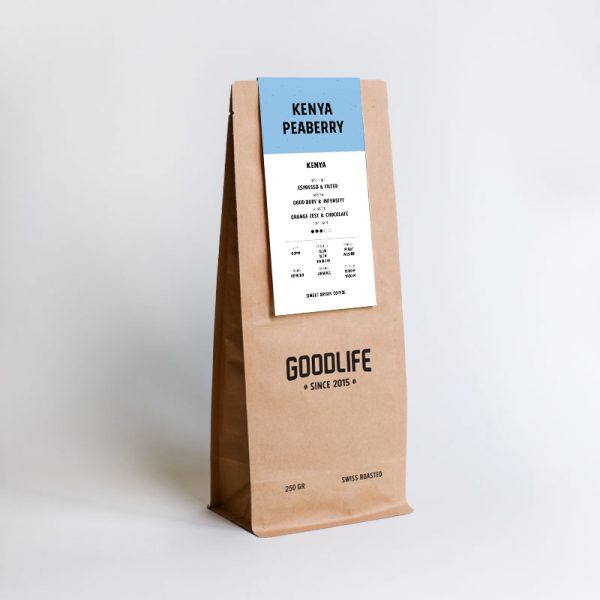 The kenya Peaberry is grown on the slopes of Mount Kenya, a region north of Nairobi with a favorable climate and rich soils. Using a blend of SL28 and Ruiru 11 Arabica varieties, this coffee is sundried in flat beds which adds to its tangy flavor. Peaberry, also known as “Caracoli”, gets its name from the fact that, unlike other beans, only one of the two seeds are fertilized, meaning the single seed develops with nothing to flatten it. The oval (or peaberry) shape is relatively rare making it a sought-after product; only around 5% of all coffee beans are harvested in this form. These are reputed as better to roast due to their round shape which minimizes sharp edges and allows easier movement within the roasting chamber. The major benefit of peaberry beans is that they have been very carefully selected according to shape and size, ensuring optimum quality and visually uniform coffee.

There are no reviews yet.

Be the first to review “Kenya 250 g” Cancel reply